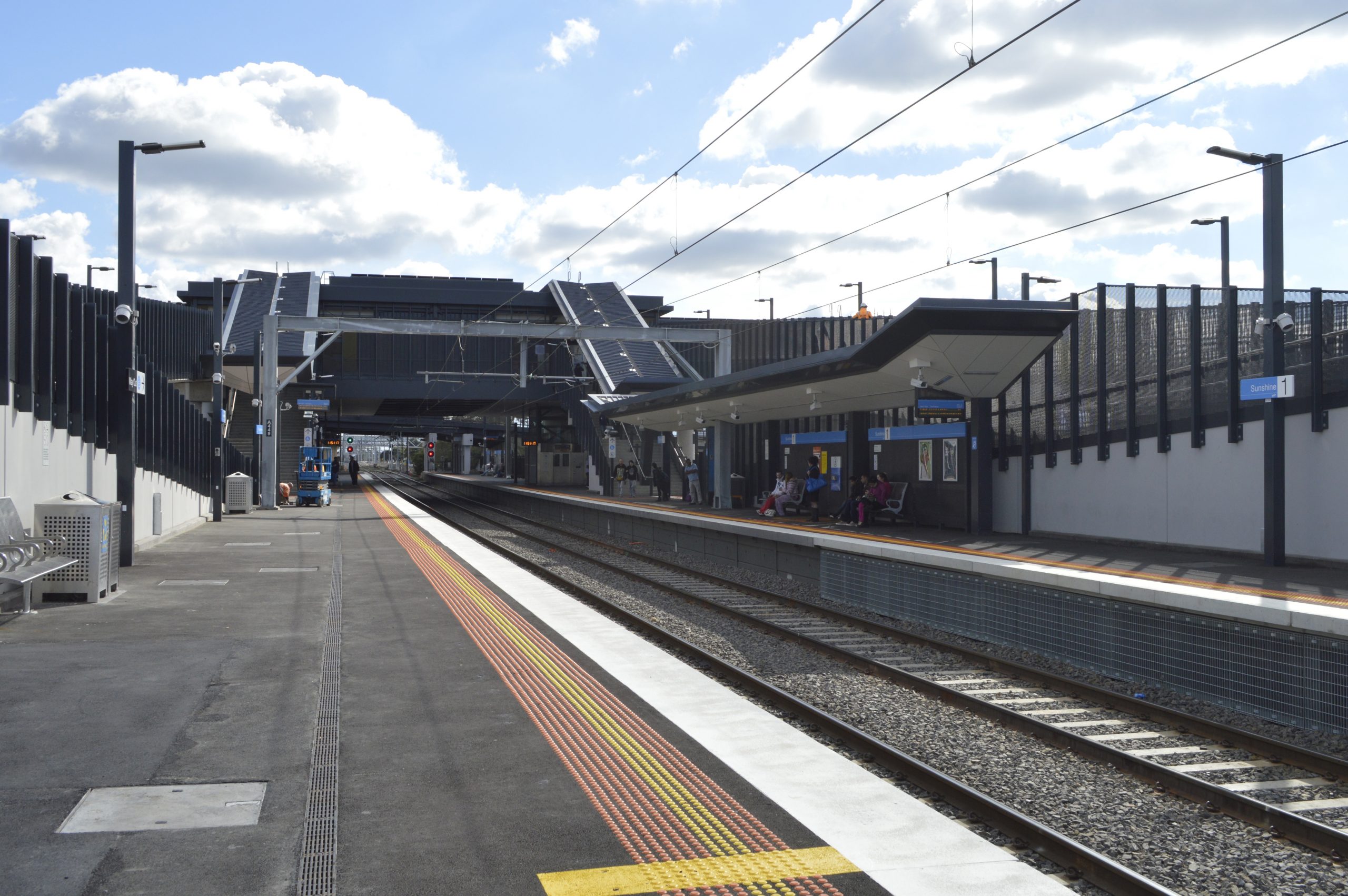 Last Thursday, the state government of Victoria, Australia announced that a series of 24-hour upgrades will be taking place on Melbourne’s Sunbury railway line over five days, with buses to replace trains on the line from 10PM on September 3 to the last service on September 8.

During the five days, platforms will be upgraded at Middle Footscray, West Footscray, and Sunshine railway stations, “signalling, communications, and power infrastructure” will be installed across the Sunbury line, overhead line structures will be improved at the planned entrance to the Metro Tunnel, and power upgrades will occur at an electricity substation at Tottenham.

The level crossing at Gap Road in Sunbury is also to be removed, with a press release from the Premier of Victoria’s office stating that “Gap Road/Station Street will be lowered under the existing rail line to preserve the heritage-listed Sunbury Station, to improve safety and ease congestion, especially when more trains run on the Sunbury Line in the future.

The project will include building new shared paths for pedestrians and cyclists.”

The upgrades will see the Bendigo, Ballarat, Geelong, and Warrnambool V/Line rail services temporarily replaced with coach services from September 4-5.

The works are part of the Sunbury Line Upgrade, a series of improvements which began in 2019 and are scheduled to end in 2023.

The Victorian Government describes the upgrade as delivering “major improvements in capacity, reliability and frequency of services on the Sunbury line”.

According to the earlier-mentioned press release, the Sunbury Line Upgrade will “create space for 113,000 more passengers in peak periods every week when the Metro Tunnel is operational”.

The Metro Tunnel is a railway infrastructure project that will create an end-to-end link between the Sunbury line and the Cranbourne and Pakenham railway lines.

In regards to these planned improvements, Victorian Minister for Transport Infrastructure, Jacinta Allan, said that “we’re not wasting a moment delivering these vital upgrades to the Sunbury line, which will enable bigger, more modern trains to run on the line, giving passengers a better public transport journey.

These upgrades will benefit commuters, road users and residents – supporting the needs of the growing communities in the West.”

Daniel Bowen, a spokesperson of the Public Transport Users Association, told Wikinews via email that “it’s good to see these upgrades going ahead.

“They will enable the new Evolution high capacity trains to run on the Sunbury line once the Metro tunnel opens, which will help cut crowding on the line.

Bowen continued by saying that “while the infrastructure works are welcome, the government does need to do more to improve train services, particularly running more trains across the day to help reduce waiting times.

“Passengers currently wait up to 20, 30 or even 40 minutes for trains outside peak times – this is not good enough for Melbourne’s fast-growing north-western suburbs.”

Deputy mayor of Hume City Council and local Sunbury councillor, Jack Medcraft, wrote in an email to Wikinews that “in terms of the upgrades to the Sunbury line, this is well overdue and I think all the work that is being done will only improve the services in the future.

“I think Sunbury residents will be happy with the underpass from the railway line plus the improved services they will be getting.”

Medcraft elaborated on the topic of transport infrastructure, saying that “however, I think the only thing I have query on is the duplication of Macedon Street and Sunbury Road, where two lanes each way will end up with a one lane bridge in Bulla, and that is going to be a real nightmare, not to mention the traffic signals along that road where the new housing estates are being developed.

He also added that “the other most pressing issue with regards to public transport is the failure of Government to set up a smart bus route from Melbourne Airport to Sunbury and Diggers Rest and returning the same way.

“We have around 30% of residents working in and around the airport and they don’t have a public transport system to take them there.”

As of September 25, 2005 all material published on Wikinews is licensed under the terms of the Creative Commons Attribution 2.5 License. Wikinews articles can be found at en.wikinews.org

English Wikinews
As of September 25, 2005 all material published on Wikinews is licensed under the terms of the Creative Commons Attribution 2.5 License. Wikinews articles can be found at en.wikinews.org
http://en.wikinews.org
Top
%d bloggers like this: