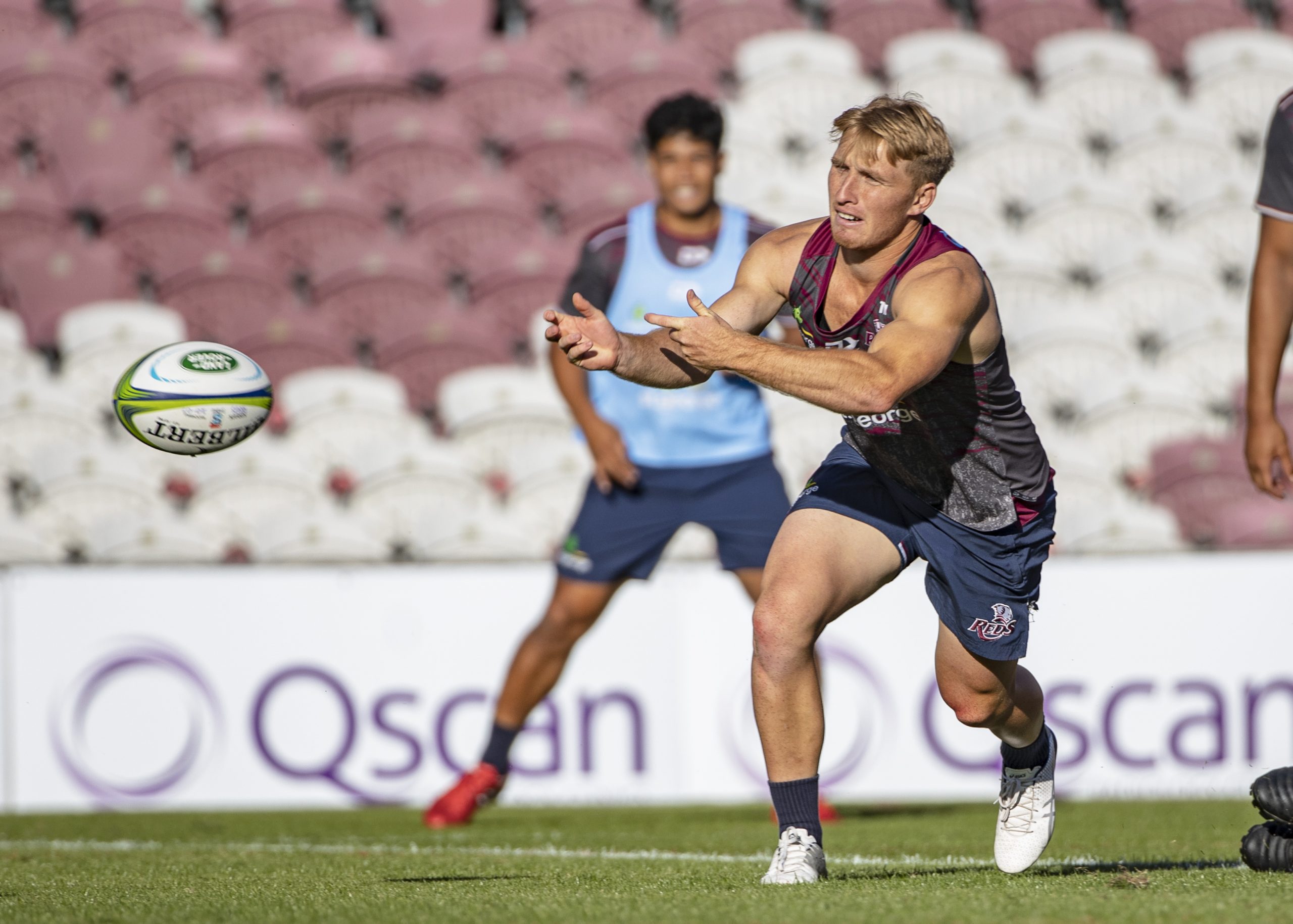 In a reshuffled forward pack, captain Liam Wright will shift to blindside flanker with Fraser McReight at number seven in his first start for Queensland.

Harry Wilson has overcome a torn MCL and will pack down at number-eight in what shapes as a formidable backrow combination.

Angus Blyth will partner Lukhan Salakaia-Loto in the secondrow, while Brandon Paenga-Amosa has recovered from an ankle injury and takes his spot in the frontrow alongside Harry Hoopert and Taniela Tupou.

Tate McDermott and James O’Connor resume their pairing in the halves, as do Hamish Stewart and Hunter Paisami at inside and outside centre respectively.

Bryce Hegarty has been named at fullback, as Jock Campbell shifts to the wing.

Two players could potentially make their Super Rugby and Queensland debuts with lock Tuaina Taii Tualima and outside-back Josh Flook both named on the bench.

Following a strong showing in last year’s National Rugby Championship with Brisbane City, Tualima was handed a Queensland contract ahead of the 2020 Super Rugby season and has been rewarded for his continual hard work this year.

A Reds Academy product, Flook captained the Australian Schools and U18s side last year and played in the Hospital Challenge Cup Grand Final for Brothers in his rookie year of Queensland Premier Rugby, before being brought into the Reds squad during the recent COVID-19 suspension period.

“We’re pumped to be back playing Rugby again this week,” said Thorn.

“We’ve been in a moment of history – 100 years since the Spanish flu. It’s been a tough four months, but as group – both players and staff, we’ve worked hard for each other and adapted to the challenges.

“It doesn’t get any better than playing the Waratahs in the season opener. Queensland v New South Wales – there’s plenty of tradition there. It’s a great rivalry and we look forward to continuing that on Friday night.”

“As a club, we continue to bring young talent through our Academy and also through club footy. It’s great to see Tuaina and Josh named in the 23. They’ve worked hard and as a group, we congratulate them on this achievement,” said Thorn.